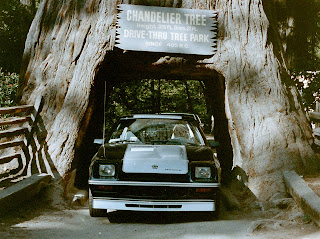 Remembrances and Photo by Miguel Caparros
A mentor, a friend, passed on yesterday. I first met Carroll Shelby, when I was to young to know, I was 6. I was with my Father at the 1957 Nassau Speed Week, I was introduced to many of his friends including Carroll Shelby. At the April of 1965 New York International Auto Show I saw Carroll Shelby again. He had a small space where he was displaying the new Shelby GT350, a Cobra, a Sunbeam Tiger and a Ford GT40. I was 14, he said he remembered me and wondered if I was going to follow my fathers footsteps in racing. In spite of the demands on him, he took the time to walk me trough and explain all the cars to me. As I was leaving he gave me a poster of the GT350 that was reprint of an add that ran in Competition Press and Autoweek. I still have the poster. He shaped mine and my families life, he goes across life's finish line with yet another first. He is the longest living heart transplant survivor, by a mile. May we learn from all the giving you have done of yourself.

About the photo. I have owned a GT350 and drove countless other Shelby cars over the years, The Dodge Shelby Turbo we have had since new, we still have it. All the children learned to drive in this car. We even have a daughter named Shelby. We miss you already Carroll.