Dreaming of a 1939 Oldsmobile

"Christina, my wife of 33 years, and Gateway Classic Cars have made my lifelong dream come true,” says Dean Wasson, a veteran of the Vietnam War and a resident of Peachtree Corners, Georgia. For many years, Dean longed for a 1939 4-door Oldsmobile, so that he could carry extra passengers. (Most street rodders prefer a 2-door,” he says.)

His new car is pearl white with maroon interior and has all of the modern conveniences on it.

“He takes his baby on daily rides to give her exercise. he boasts.  “She gave me the car as a late 71st  birthday and early Christmas present,” he says.

His first car at 16 was a ‘56 Chevy Convertible. His dad who was a mechanic gave it to him in perfect condition.

As a veteran, Dean was one of the lucky ones.  He served a year in Vietnam and never got wounded like three of his buddies who were killed. Then he had desk jobs in Letterman General Hospital in San Francisco for the remainder of the four years two months and 11 days he served.

After serving in Vietnam, he worked as a customer service manager answering tax questions for the federal government.  Christina still works as a senior executive for the federal government. When she retires and travel is permitted again, they plan to resume cruising, their favorite pastime. They have been all over on cruises, including Cozamel, Honduras, St. Thomas, St. Martin, Haiti, and the Dominican Republic. The first cruise was the Disney cruise with the two grandkid kids.

Dean and Christina are both originally from California. 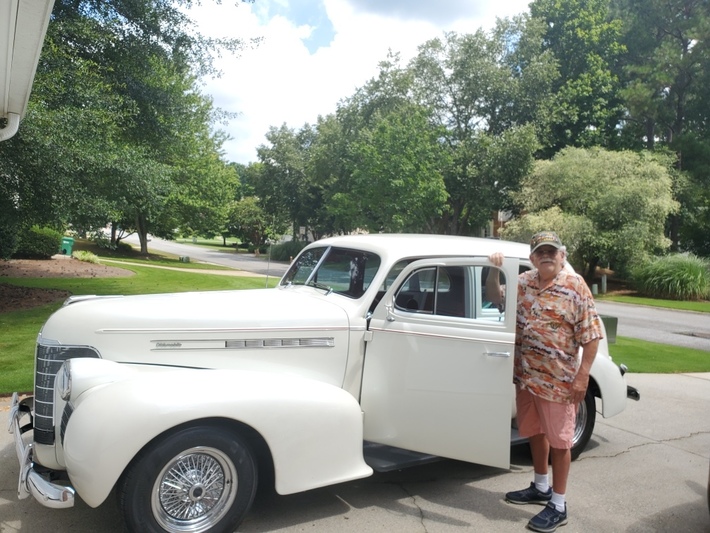