With millions of people in metro Atlanta and its many exotic and classic car collectors, the city is a perfect place for the 13th Gateway Classic Cars showroom to open. In early November, Sal Akbani, CEO/President of the company, led a team from his corporate office to cut the ribbon for the 65,000 square foot space in Alpharetta, GA - 30 miles from downtown Atlanta. Other showrooms are in Dallas, Chicago, Indianapolis, Milwaukee, Tampa, Nashville, St. Louis, Detroit, Orlando, Louisville, Houston, and Ft. Lauderdale with an upcoming location in Philadelphia.

In business since 1999, Gateway Classic Cars is the largest classic car company in the world! It has consigned over 14,000 exotic, classic and collector vehicles, and attracted customers internationally from as far away as Australia and South Korea. In fact, over 11 percent of sales are exports. With the goal of 25 showrooms nationwide by 2020 and overseas, the company's 2015 gross sales revenue was 38 million!

The Atlanta showroom has gotten its feet wet by participating in Caffeine and Octane at Perimeter Mall, which features over 650 classic, muscle, and exotic cars and trucks on the first Sunday morning of every month. Anthony Waight, manager, is also encouraging car clubs to hold monthly meetings at the impressive new Atlanta showroom. Two regular events held at all U.S. showrooms include “Coffee and Cars” with complimentary coffee and pastries on the last Saturday morning of every month; and an annual Toys for Tots benefit in December each year. Admission is free for the whole family with the donation of an unwrapped toy to benefit Toys for Tots.

The St. Louis showroom, the site of the company's first showroom and its corporate office, sponsors two unique volunteer projects which they hope to replicate in other cities. It raised $805.00 at a Cars and Coffee event for “Backstoppers”, $2,129 TOTAL so far in 2016, an organization that supports the families of injured police officers and paramedics; and it sponsors the Demetrius Johnson Foundation in St, Louis, which helps inner city young people graduate from high school and gets them involved in music and arts programs. 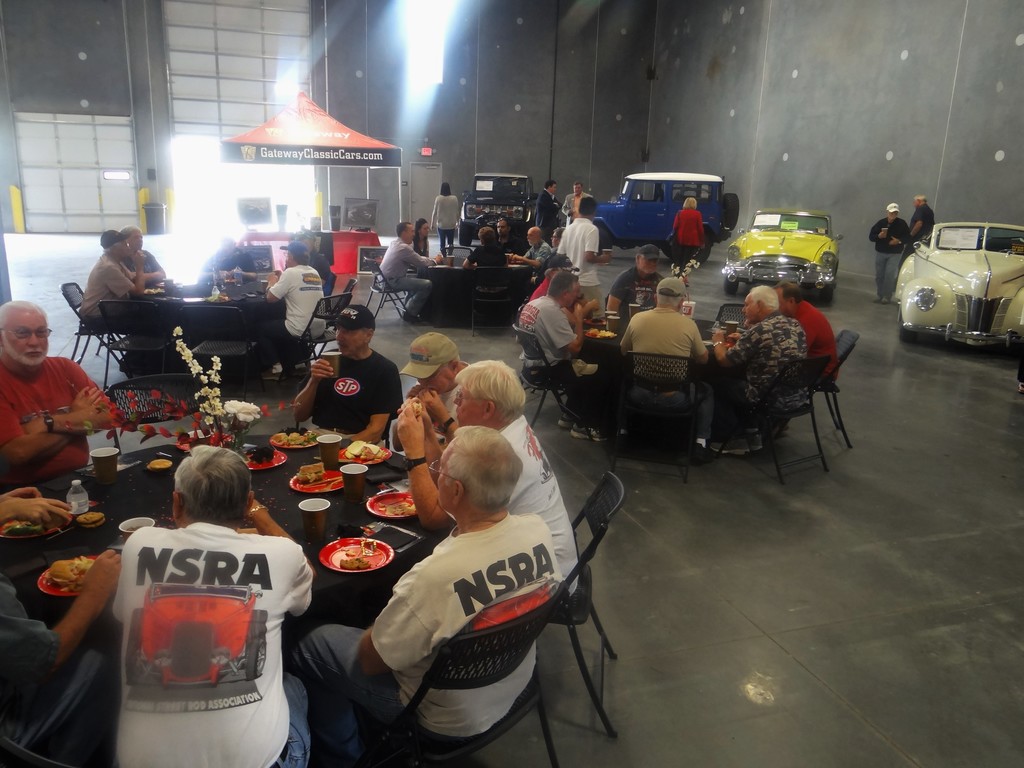 According to Mr. Akbani, who knows many customers personally, Gateway attracts both celebrity buyers and unusual cars. Consignments range from a 1967 Shelby GT 500; to a genuine Rickenbacker from the 1920's, which was sold to a museum in Japan; and a 1932 Marmon, which won the first Indy 500 in 1911 and was sold to an entrepreneur on the Forbes Top 40.

Party Photo - Collectors and enthusaists from all over the South East attended the Ribbon Cutting.