Never mind your Trans Ams, your Boss Mustangs, even your Hemi Charger Daytonas.

For the most awesomely named performance car, I give you the Apperson "Big Dick" -

Thank you to Rusty O'Toole 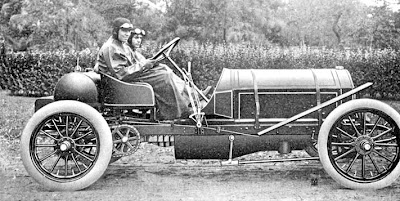 Click Here For More About The Breakthough Haynes-Apperson Automobil...

Our 1903 Columbus Electric folding top runabout - once owned by Zasu Pitts (film star) acquired from Harold Coker that he gave to his wife Lil in 2009 as a Christmas present. "Vehicle of Distinction" at Atlanta Concourse, Sept 30, 2018